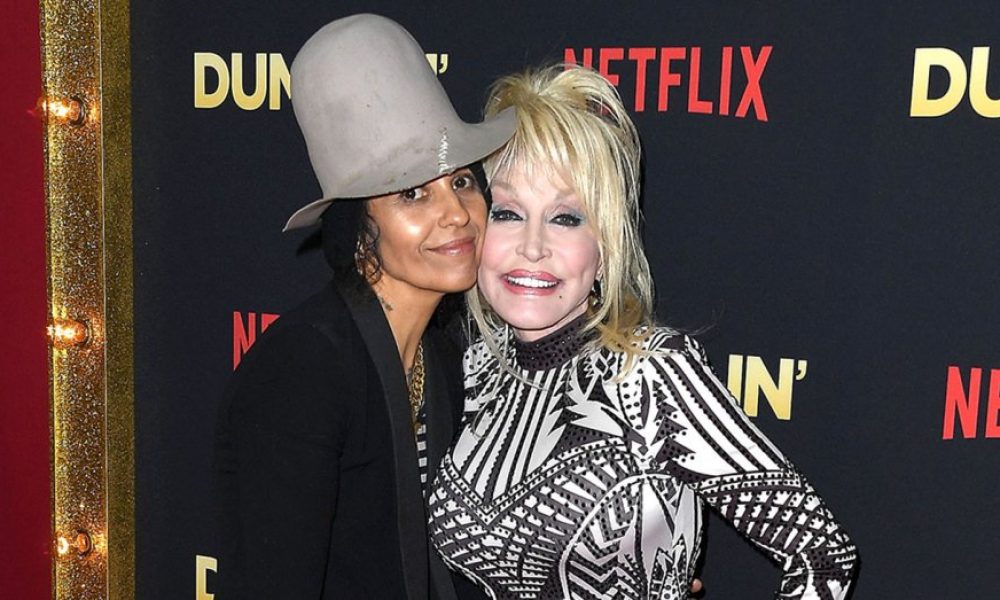 “Girl in the Movies,” an original song written for the film Dumplin’ by Dolly Parton and Linda Perry, clinches a Golden Globe nomination for best original song.

The two musicians also told The Hollywood Reporter how their collaboration for Netflix’s new film ‘Dumplin’ ‘ came to be.

The Hollywood premiere of Dumplin’ was buzzing with excitement over the day’s earlier news that “Girl in the Movies,” an original song written for the film by Dolly Parton and Linda Perry, had clinched a Golden Globe nomination for best original song.

The Netflix comedy, which will be released on the streaming service this Friday, follows a rebellious plus-size teenager (played by Danielle Macdonald) who enters a beauty pageant as a form of protest against her mother (Jennifer Aniston), a former beauty queen. Parton, who also provides vocals for the song, spoke to The Hollywood Reporter about how Danielle Macdonald’s character inspired “Girl in the Movies.”

“Well, I really pictured that little character dreaming about being something more and feeling special. She was watching other people’s dreams come true and her dreams were not,” said Parton. “For a lot of young boys and girls, they go to the movies aspiring to be something more just seeing dreams come true. I thought it was a good way to present it: ‘I just want to be the girl in the movies,’ and it is a movie after all.”

Singer-songwriter Perry spoke about hearing of the Golden Globe announcement earlier that day. “I’ve never had this happen so I’m like, ‘OK, this is how it feels!'” she recalled. “I cannot imagine a better person to be nominated with than Dolly fucking Parton.”

Perry described that working with Parton was a dream come true. “When they say, ‘Hey, do you want to write a song with Dolly Parton for a movie?’ I’m like, ‘Yeah, fucking yes!'” Perry recalled. “You don’t go, ‘Let me check my schedule.’ You go, ‘Yes, where do I need to be? There. Done.'”

She went on to describe how an instant musical connection shared between Parton and her fueled a rapid and fruitful collaboration process.

Added Perry, “[Dolly] is such a nice person. She lifts people. You know how we live in a fucking world where everyone is always trying to put everybody down? Dolly is an energy. It doesn’t matter who you are, she instantly wants to lift you.”

Parton, while not appearing in film, plays an important role in its plot. Macdonald’s character — a Dolly fanatic — uses Parton’s music to feel connected to her late aunt and later to find empowerment. Parton not only contributed new songs for the film but also gave the production access to her entire musical catalogue.

“She already gave us all of her original content. We did not want to be greedy, so we just asked for one [original song],” Dumplin’ director Anne Fletcher told THR. “Then all of the sudden they go, ‘We have six.’ We are over the moon.”

The sheer amount of Parton’s participation with the production was certainly not lost on Julie Murphy, author of the 2015 young-adult novel on which the film is based.

“Dolly Parton, to me, is the secret sauce to this movie. I never expected for the movie to get made, but I knew this movie could not get made without her,” Murphy said. “She is truly the patron saint of Dumplin’ and of our lives.”